In this article, you’ll learn about the most common problem faced by women i.e., cyst. Yet there is very little awareness about this disease. Nuturemite always tries to come up with the best information regarding health, nutrition, and fitness.

An ovarian cyst is very common among young women. People are not aware of this disease more often. There exists a set of people who have an ovarian cyst but they don’t feel any symptoms.

In this article, we will see what is an ovarian cyst, what are its causes, and its symptoms.

Understand the work of the ovaries.

Women have two ovaries on each side of the uterus. The size of normal ovaries is about that of a small nut like that of an almond. The ovaries are responsible for performing few important functions. The first one is to produce reproductive hormones, estrogen, and progesterone. The second one is to produce oocytes for the fertilization process.

Cysts are the deposition of fluid like water or blood at a place. Also known as fluid-filled sacs. This fluid can be deposited on the surface or inside the surface of the ovaries.

There are forms of cysts that differ based on fluid deposited and where. Ovarian cysts happen when fluid accumulates within a thin membrane inside the ovary. It is separated from the surrounding tissue area by a membrane. It is similar to a blister. 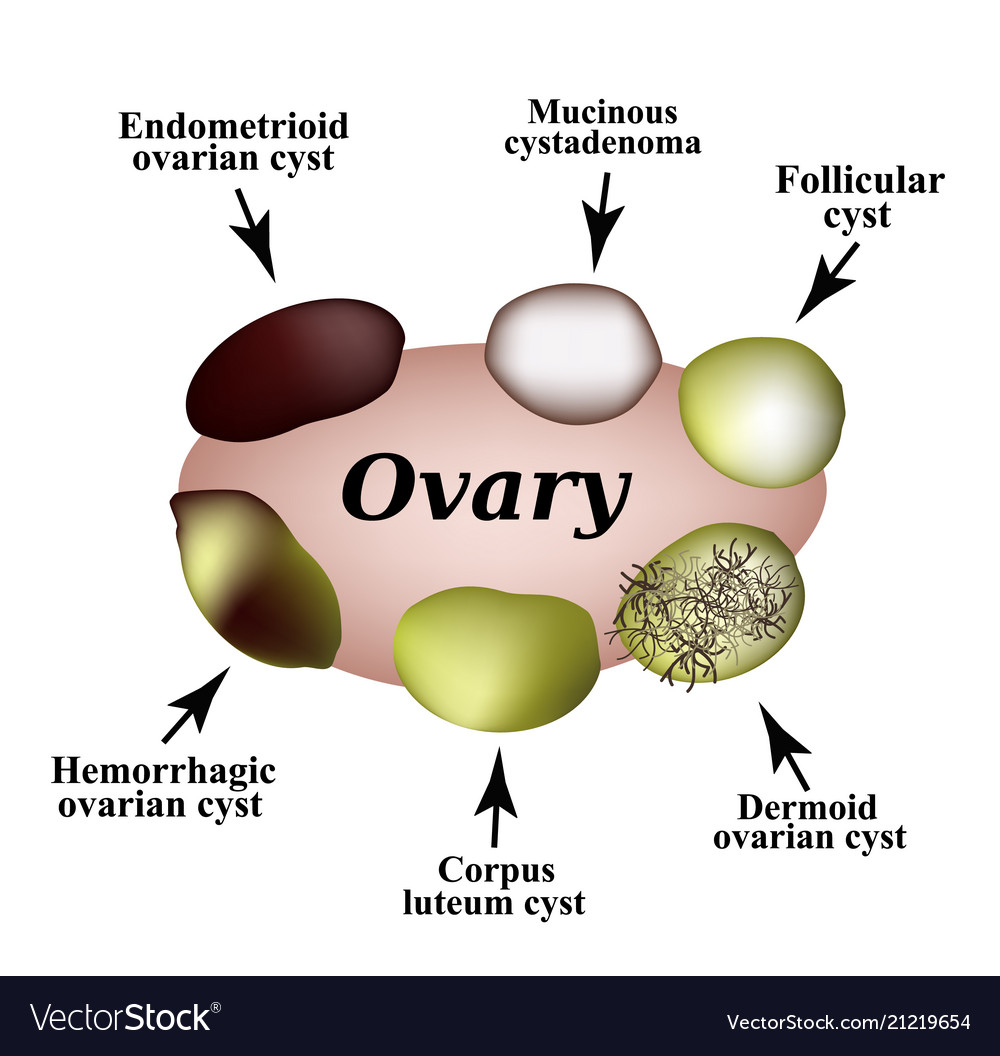 The ovaries monthly grow like follicles like structure. This is a fluid-filled pocket. Follicles produce the hormones estrogen and progesterone and release an egg when you ovulate. Therefore functional cysts are those which grow in unusual state.

Functional cyst are of two types:-

The functional cysts are very rarely occurring and they require minimal treatment to heal. They get healed on their own and are considered self-healing cysts. Functional cysts are also harmless in many ways compared to other types of cysts.

Other than functional cysts, whose occurrence depends on the menstrual cycle are far different than these kinds of cysts.

There can be no symptoms at all in some cases but there are few pain areas where the patient experience little or intense pain:

in the back, pelvis, or side part of the body, cramping or excessive hairiness.

Cysts are very common according to the surveys. They are completely treatable. There are no reasons to ruin your mental health thinking and getting tense about the treatment.

In any case, someone is feeling their daily chores are undoable then that person should immediately contact their gynecologist.

Keep your menstrual track for having a safe side from such symptoms. That way you can have a note of what is causing the pain.